What is Peak Load Management?

When it comes to achieving cost avoidance through energy management, it is just as important to look at when you are using energy as it is to look at how much energy is being used.

Peak load or peak demand is defined as the highest power demand on an electrical grid over a specific period of time.  Put more simply, peaks occur when the majority of buildings on an electrical grid (or system) are using the most electricity or power at the same time (mostly during the afternoon hours and likely between 3pm and 5pm).

Because each facility, home, business, etc. requires a certain amount of electricity to power everything in the building at any given time, one of the major responsibilities of the ISO is to ensure there is enough electricity available in the grid to meet the maximum demand of these buildings.

If multiple buildings were to use all of their powered devices at one time, but there was not enough electricity available in the grid to meet this demand, the power from the grid could be overdrawn, which, in turn, would lead to disastrous brownouts, blackouts, and other unexpected outages. 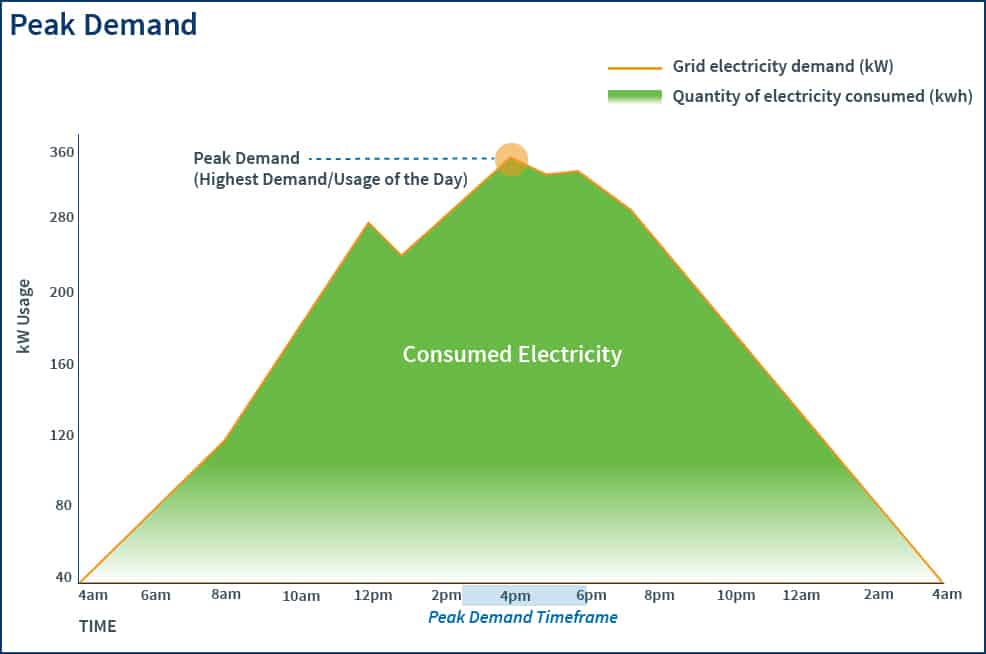 Furthermore, did you know that the cost of the capacity portion of your electrical supply is determined by your building’s usage during these maximum usage times?

These are called peak hours, peak days, or peak events and occur when the most electricity is being used by buildings on the grid (referred to as peak demand or system peak).  These peak events usually occur during sustained heat waves that fall on consecutive weekdays, the moment that the total system reaches is maximum demand.

Fortunately, you can curtail your power usage during these events to lower your demand and, thus, your capacity rate or capacity tag and overall energy costs for the following year!

The capacity price component of your electrical supply is the amount of electricity that needs to be available to meet the power demand requirements of your facility.  The rate you pay for capacity is dependent on your capacity tag or ICAP tag.

To measure, calculate, and evaluate your daily usage and peak demand required to power your building, the ISO relies on a building’s electrical meter.  The information it collects is taken by the ISO and factored into the grid’s peak demand calculations (how much power must be on hand to meet total demand of the system), your capacity costs, and much more.

To define your capacity rate (or capacity tag), the ISO takes a snapshot of your meter when the most energy is being drawn from the grid (peak days), capturing the highest point of your building’s demand.  As stated above, these peak events usually occur amid sustained heatwaves on consecutive weekdays during the afternoon hours. While each ISO region uses some form of peak demand to calculate capacity costs, each one handles it slightly differently.  For example:

To discover more about capacity costs and the other components of your electricity supply, be sure to check out the following blog posts:

Because the ISO is defining your capacity costs (capacity tag) by this snapshot, taking steps to manage or curtail your usage at these peak demand times is crucial to cutting costs on your bills. When the snapshot is taken, these actions make it so your electrical meter reads lower usage and demand during the system peak, which results in a lower capacity tag for the following year.

To put it in an example, say your business’s facility uses 1,000 kWh and has a capacity of 1,400 kW. If you are able to shut down during the peak event so your meter reads your usage as 0 kW, you would have a very low capacity tag for the following year. 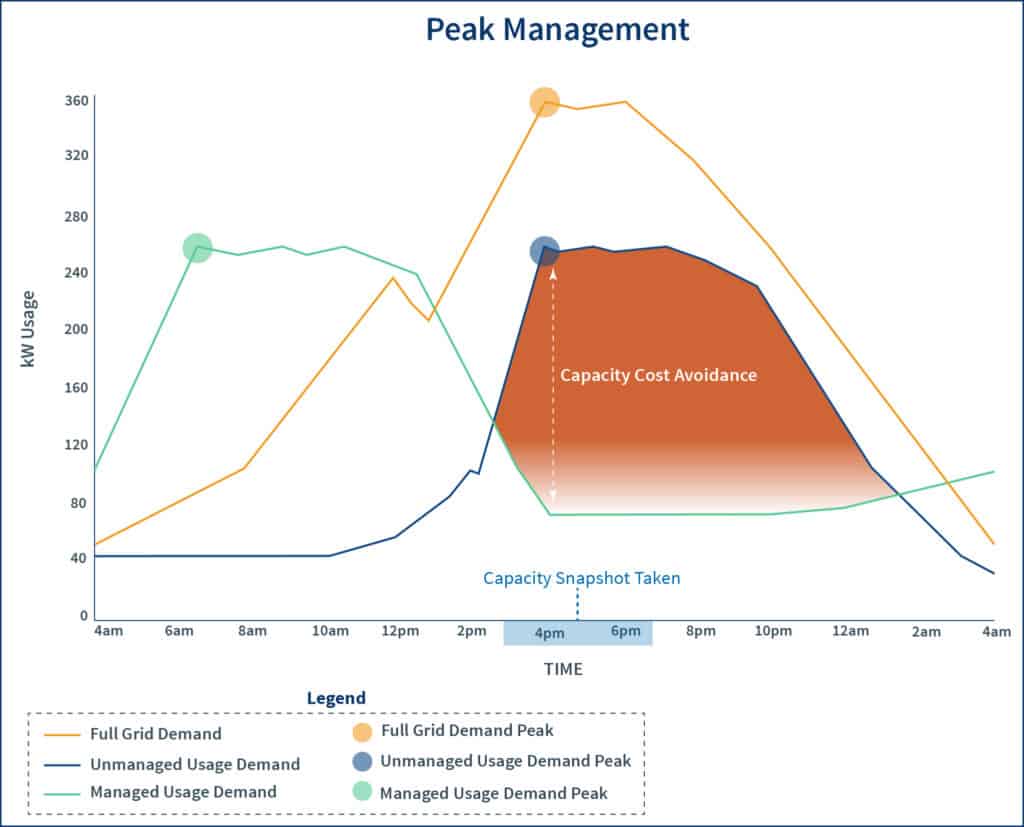 While curtailing during peak demand times is extremely beneficial to businesses looking to cut energy costs, it is also a very healthy practice for the grid.  This is because times of peak demand put a great deal of strain on the grid, its infrastructure, and the generators so curtailing actually relieves some of that stress and allows operations to run more smoothly.

We are committed to ensuring our clients have the knowledge and the means to avoid energy costs to reach their budget goals.  In this vein, we offer a complimentary Peak Notification Service to our clients in which we look at weather patterns, historical trends, and a myriad of other data to predict the occurrence of peak events.  Our Service alerts them via email, text, or through a phone call of these incoming peak demand times with an explanation of why we’ve forecasted them so clients can implement their curtailment strategy at the right time.

With every business having their own specific KPIs, daily operations, and budget goals to adhere to, we work closely with our clients to develop a structured and effective curtailment plan that is the right fit for their business so curtailing doesn’t disrupt operations.

While many brokers and suppliers offer similar services, it is important to note that not all are created equal.

From changing production times to turning off lighting and electronic devices, there are many strategies that can be employed for curtailing usage during peak events to lower capacity costs on your energy bills.  Because the strategies you use depend on your type of business, your day-to-day operations, and a multitude of other factors, we work closely with you to ensure your peak curtailment strategy is customized for your business.  Clients using our Peak Notification Service and tailored curtailment strategies experience considerable reduction in capacity costs by as much as 30%!